THE CITY OF SILENCE 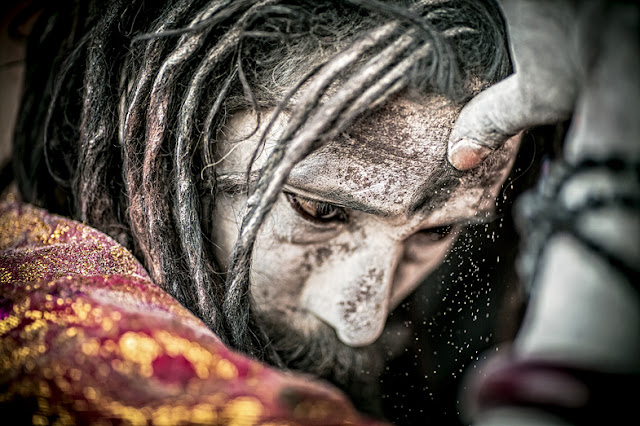 THE CITY OF SILENCE
If we cannot comprehend God in his visible works, how then in his inconceivable thoughts, that call the works into being?


Until the tragedy of Benares very little was known about Dr. Miles Burford, the gentleman who introduced himself as a surgeon to the Royal House. However, rumors of his past included experiments with criminals, a large recount of abominations and the exile imposed by the Crown. There was, no doubt, a good deal of truth to the gossip because his obsessions followed him here, to the Northeast of India where he soon joined a sect of extreme spirituality, the Aghori, worshippers of the god Shiva who believe that good and evil, the devout and the profane are part of a whole. And all sorts of infamies must be realized to attain enlightenment. And to this purpose, they wander naked among the funeral pyres anointing themselves with the ashes of cremated bodies. They also ingest excrements and the most fervent reach a higher state of consciousness by eating the floating corpses of the Ganges. It is their judgment that through these blasphemous acts they gain power over death. Although openly embracing the Aghori’s creed our good Doctor Burford was driven by a different eagerness. At first, he was only allowed to participate in black magic rituals and to have sex with women during their impure days. Later, a guru initiated him in the infamous eating of dead flesh and, as a result, achieved the required asceticism, he challenged his mental sanity by tasting the flesh. Subsequently, he proclaimed himself the Liberator of Death and during religious processions, it was not uncommon to see people approaching him with a corpse. But, as long as they were people from the Black Villages it was considered to be nothing more than a grotesque carnival. Except when a director of the East India Company brought his daughter, who had recently died of tuberculosis and the scandal unfolded. No such crowds were ever seen in the City of Silence. And perhaps Dr. Burford's faith was not strong enough or he feared failure because, in addition to necromancy, hymns and mantras, he added a dose of galvanism. Whichever the reason or the tools, the girl’s oval face began to move and the spasms became more evident. In the assembly room, many fainted and others puked out their guts. Then, inhabited by grimaces, the face of the deceased produced one last movement that resembled a diabolical smile before it deformed, exploded and splashed out on the onlookers. The girl´s father killed the doctor on the spot and the Sipahi massacred all of the Aghoris. It was a shame. Electricity was not necessary. At least not to me.