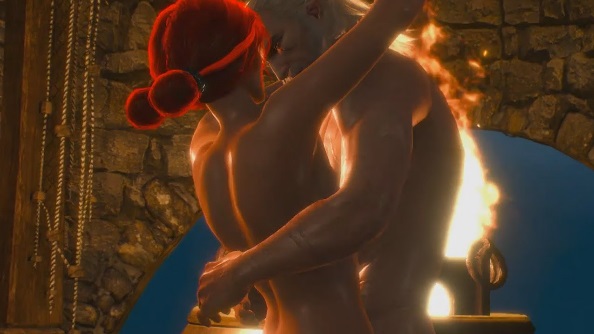 TWIST OF FATE
“It was written I should be loyal to the nightmare of my choice”.
Joseph Conrad - Heart of Darkness
Friends from Spain sent me a homemade video featuring an Argentinean couple having sex. But as soon as the girl moaned: "Oh, Ricardo" the joke was out: that’s my name. But wait, there was more. The faun fucked her with my voice. And let me make it crystal clear: my voice. Tone and words I pronounce at such events. The guy doesn’t resemble me, not as yet, but he was like me in everything else. Under a paranoid attack I imagined all sorts of secret recordings to double voices and use them for erotic scenes. But that was impossible; I have devoted myself to celibacy. So I guessed they had captured my voice and after some processing forged a false speech and attributed to my porn alter ego. But I live like a hermit monk. After the narcissistic outbreaks, I realized the idiocy of those thoughts. I have no fortune, I live a gray life. Besides, no one blackmailed me nor made fun of me with that video. It was a very strange thing. So, to find the source of that production, I sought the help of a nephew of mine, a hacker. With no little effort we finally located the video in the Deep Web. And, to the extent that we went forward along the winding path raiding locks and encrypted codes, an underground world unfolded before our eyes with astonishing novelty. Businesses, conspiracies, crimes and unbreathable pornography were all nested in the depths of dynamically generated addresses. It took many days for us to uncover the site manager until one morning he responded to our demands for a talk. The chat was erratic and absurd. We assumed it was another smokescreen. The man exhibited as much perplexity as we did, or more. And, a great deal of anger. We didn’t understand it at first. A “cyber aberration” he called us. So we thought he was referring to us breaking down their security protocols. But he kept on insulting us. “Programming default,” he called us and we began to sense that something wasn’t right. Raw anguish assaulted me. Over and over the guy kept saying we were a failure; a failure in the program commands. He left the chat for a while and we, mesmerized, watched the blinking cursor. Next, we run some tests on another computer.  I felt I was going mad. We were, perhaps, nothing more than puppets of advanced design or a developer´s envisioned nightmare of an adult entertainment. He came back.  But it wasn't him; it was someone else who called himself “The Developer.” Suddenly, I was unable to continue reading. All I can remember is that he was about to reset the system.