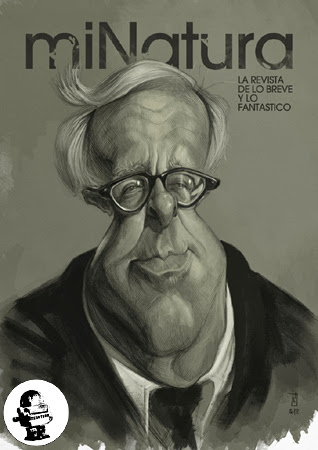 We need to constantly be challenging

ourselves in order to strengthen our character
and increase our intelligence.

Leisure was never a good adviser. Philosophy and religion came first; literature and movies, later, and all of them abounded in many types of prevention. Next, technological advances facilitated the depopulation of factories and services. Robots replaced handicrafts and professionals, so it was no longer necessary to sweat to earn a living. Thus, the entertainment industry flourished thanks to millions of individuals with nothing to do. Traditional game consoles were able to integrate sophisticated algorithms never seen before. It was not enough. They added holographic illusions and sensory features which in the end, did not reach the desired state of the Arts. And by popular demand, scientists transmuted drugs to arouse collective hallucinations that were used in role playing games. Even so, the new craze was short-lived. The population demanded a higher gamut of emotions. And finally, they were offered something innovative: time travel. Despite the insanity that prevailed in those days, travel to times past was banned by law for fear of a multitude of tourists overflowing the transfer stations, and the great probability of causing a paradox. Although the penalties were severe, things took a turn for the worse. Improvisation, venality, sloth, it was all the same. A party of seven traveled to the past and altered History. Upon their return, they noticed drastic changes in the planetary environment and few survivors. And they themselves were caught in a vortex on the brink of collapse.... Hopeless, they attempted to send a distress signal. And chose to transmit it in the neutral hydrogen frequency; the most abundant element in the universe. Would there be intelligent civilizations out there, would they raise their eyes to the heavens, would they have starships? They were not entirely off; a signal of unknown origin was picked up in a tiny blue planet of an equally tiny solar system. It lasted just 72 seconds. As subsequent tracking attempts failed, from that time on the episode was known as the WOW enigma. On the other hand, the SETI Program´s radio telescope was unable to register that at the eastern end of the Sagittarius constellation, a time typhoon had devoured the thrill-seekers aliens.