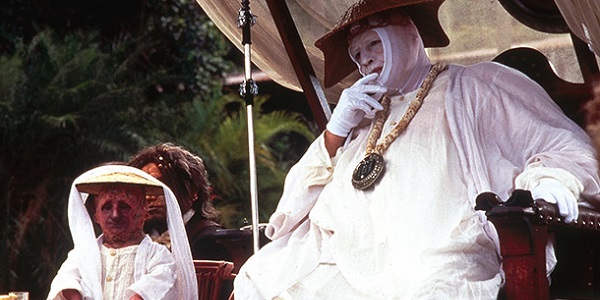 VACANT CROWN
The man who can, is king.
Thomas Carlyle
I am a wealthy man. I inherited my aunt´s fortune and since then I have devoted myself to philanthropy becoming the main beneficiary. I travel around the world intent on receiving the advent of the twentieth century wherever it finds me. No fancy hotels for me. I rather mingle with the locals, taste their foods and have my fill with their spirits and drugs while surrendering to the enjoyment of their women. As such I consider myself a humanist. In fact, this is how I met him. He bumped into me as he was sweeping the courtyard of a brothel. The man was barefoot, wore shorts and had a sunburned skin. I mistook him for a native and did not pay him much attention. But as I was about to attack a juicy beefsteak he showed up unexpectedly and scolded me on an unknown proscription regarding the eating and the drinking of blood. Although his accent was guttural, and at moments beyond comprehension it was obvious that he, at one time, had been a subject of the British Empire. To his horror, I chewed on my steak with pleasure taking his demeanor to be both weird and holy. And acting upon the prerogatives of my ancestry and a few rupees, I forced the Madam to allow me to have a chat with him. Pouring a double measure of liquor I asked him about the curious anathema he´d proclaimed. His reply was a delivery of inconsistent statements about the Preacher of the Law. I surmised it to be another fashionable religious folly. I was wrong. He then spoke of a shipwreck, an island, a doctor who was a mystic but also depraved, and who experimented with live animals. He also described a colony of monstrous beings, governed according to the Law issued by the doctor many worshipped as a living god. The man laughed at such foolishness. "Such divinity did not prevent the mutant cats from eating him in the end" he said, with irony and kept on drinking. Whimpering, he told me of his being rescued by a ship out of course as well as his rage for having to pretend mental sanity to avoid the madhouse. He fell asleep. And mumbling incoherently, he revealed a sort of homesickness for that innocent savagery. The wretched man never knew how much he had changed my life for after our encounter I left behind my life of dissipation, acquired a sailboat and charts. I am now determined to find the island of the beast-men. I want to fill in the vacant crown and give them a new morality, a new order. I will be their God.


© Pablo Martínez Burkett, 2015
(*) This short story has been published in #147 of Revista Digital miNatura, dossier devoted to the Universe of H. G. Wells