THE EAGER HELP OF THE ANNELIDS 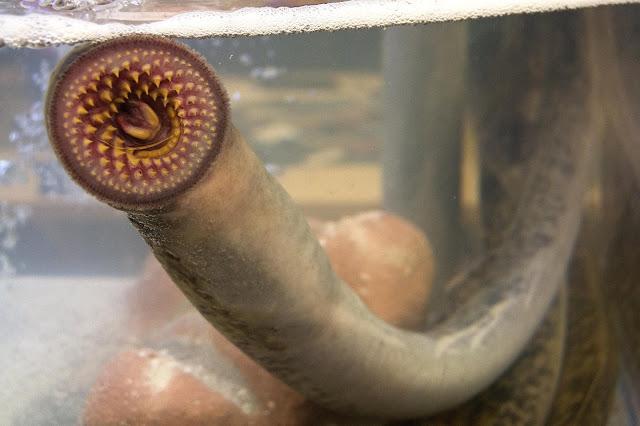 THE EAGER HELP OF THE ANNELIDS (*)
The words "you must have faith" are written on the entrance doors of the temple of science.
Max Planck
The unfortunate events of Epecuén were a catastrophe and a delay in the plans of Dr. Hariberth Webber. Where would he find a more favorable place? A ghost town devastated by the lagoon, the abandoned hospital and, above all, the graveyard full of corpses marvelously preserved by the salinity of the water. He had to put his plans on hold because of that nosey nurse. But, although Heaven tries not even God could stop it! Soon he will be able to reanimate the dead ones. He was very close to achieving such goal. The girl witnessed the contortions of the body. She also saw when the corpse opened his eyes and stretched out an arm. And before that, she observed the delightful job of the lampreys sucking the rotten flesh. Nobody can deny it. In spite of himself, he smiled. Certainly, there were many circumstances to lead her to lose her mind. But science admits no weaknesses. Herr Doktor knew he could open the doors of a maddening revelation but also, he could give birth to the dawn of new knowledge. Because of the rush, he, unfortunately, had to abandon most of his lampreys. However, he had already multiplied several times their amount. These were much smaller, with another color and he could not distinguish their serrated teeth, but without doubt, their naughty mouths sheltered the same purifying voracity. It was a happy discovery, another sign of his destiny. He had dropped his notebook and found them crouching among the bushes: revulsive, hungry, ready to help him. It was time to start again. Pretending to be ill, he managed to be admitted to the clinic and, in the carelessness of his guards, he stole a distiller, tubes, and catheters. The shortage of materials forced him to improvise. Neither the prodigious solution was no longer green phosphorescent, nor it had the original consistency, but urgency is enemy of a thoughtful proceeding. Besides, he had seen the disloyal girl on this side of the fence. And as much as the wardens insist that she is staying in another mental facility, he does not believe them. But they try to confuse him all the time. Like when they told him the tubed body in the fish bowl was nothing but a miserable frog. Such insolence! When his science only admits human beings. Everything is ready now. And glory awaits him.

(*) This short story has been published in #161 of Revista miNatura issued devoted to Weird Tales and it is a sequel of "A strange case of delusion in Laguna Epecuen".