THE PAYE, AN ANCIENT INDIGENOUS SPELL 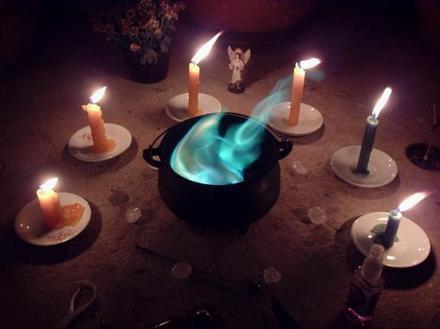 THE PAYE, AN ANCIENT INDIGENOUS SPELL
"Take notice all of you interested in
Love spells, of who is most powerful
To do a good payé”.
Caburé payé – Chamamé[1]
I come from Ita Ibaté, a small town on the left margin of the Parana River, in the Province of Corrientes. Across the river is the Republic of Paraguay. We have much in common with the Paraguayans. Mixed in our language are many Guarani idioms, traditions and beliefs. The power of spells is a very popular belief and one of the most deeply rooted. We call them a payé[2]. And they fit all purposes: to avoid danger, achieve happiness, prevent disease and sometimes, even cause them. Also, to get lucky either in gambling or love. All I need now is a little bit of luck in love. I fell in love with my Braulio. He was a good boy, a hard-working man, and homebound. He promised me true love, and I gave him my virtue. However, no luck came our way; in fact, it was the life that separated us. So I traveled to Ituzaingó, another town some sixty-odd kilometers away to the North. Everyone in the area knows that Doña Irupé is a very powerful kuna payé[3], a sorcerer whose spells never fail. She asked me to bring along a piece of garment that belonged to Braulio, and better yet if it was an intimate one. Her shack was an ugly dump; no one could avoid feeling scared. She smoked a strong cigar and did not even look at me as I arrived. She stretched a hand that was like a claw, and I gave her the agreed sum of money. She then left the room and right away came back with a toad, a kururu[4], in their ancient indigenous language. It was a male, she said. When she put out her hand once again, I gave her Braulio’s underwear. She used it to tie the toad. Next, she sewed its eyes together with a green silk thread. I could barely watch. She mumbled something, and I quickly realized I needed to undress and allow her to rub my private parts with the toad. It gave me the shivers, but I let her proceed. She rubbed my body five times while repeating: "Toad, by the power of Añá[5], Lucifer and Beelzebub. By the power of the whole satanic militia! I command you! That just as relentlessly as I do this on to this young woman´s vagina let Braulio have no rest or peace until he returns, body and soul into her arms.” She then dropped the toad in a pot with water and put on the lid. I did not dare ask her if she planned to boil it. I went back to my village. Now, deep in my heart, I know my man will come for me tonight; there is no barrier that can stop the power of this spell. I got off the bus near the cemetery. I did not have the courage to tell the old witch that my Braulio had been killed in a fight.
© Pablo Martínez Burkett, 2015
This short story was published by #144 Revista digital miNatura, issue devoted to The Devil

[1] A folk music genre from the Argentine Northeast. It is played with guitar and accordion.
[2] A strong spell in the Guaraní culture.
[3] Witch, sorcerer.
[4] Toad.
[5] The Devil in the Guarani cosmogony.