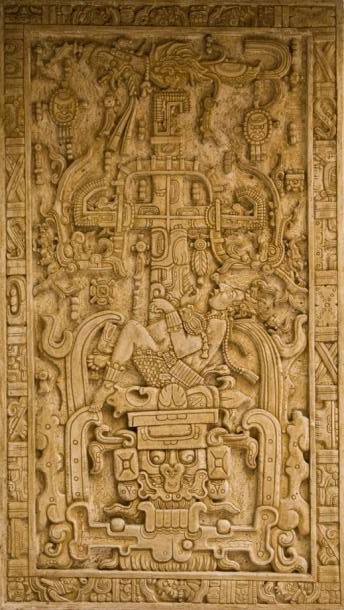 You are not here, no,
in the region where somehow one exists,
you have left us on Earth with no supplies,
therefore, I tear myself.

The summoning was urgent. It was the tlatoani himself who wanted to deal with my intransigence, that of not being moved by the draughts caused by an absent Tláloc or the hurricanes blown on us by a tireless Ehécatl. Nor was I touched by the blood that does not placate Tonatiuh´s harshness. I tell you: it was not divine deafness but a surfeit. This fifth sun will end like its predecessors. Such is the fate of our people, however, a vast majority wish to avoid it. And they now follow the infamous cihuacatl whose conspiracies were never my concern. The Prime Minister is a good man but also a fanatic. To achieve his goals he does not hesitate to resort to betrayal, fraud and even murder. He has our great King´s ear. But, I am the teotecuhtli, the Supreme Priest, who before the royal presence argues with all the privileges of my sacred rank and ancient wisdom. I also speak to the gods who, through sacred fumes reveal the future to me. They tell me there is nowhere to go. Aware of the outcome, I opposed their decision. Nevertheless, the command was issued well in advance. And beyond the sea, the children of Sin, Šamaš and Ištar voted alike. How obtuse I had been! While the tlatoani interrogated me, one group of teopixque began their journey to a distant, blue planet. The chosen few were a group of young priests with serrated teeth, and their task was to have sexual intercourse with the natives. In return, they said, the teopixque would reveal them the secrets of wizardry, the forerunner of storms and eclipses, the government of farmland and crops, fire and so much more. But this I know. The indigenous species will then ignore and relegate us to a world of sleepless illusions. And in the millennia to come, the locals will challenge all evidence and light theories and petty rebuttals. No one will remember us. I do not condemn them for it. In olden times, we abjured the past in similar fashion. The fruit has no memory of the seed that was before. I am sorry, yes; genuinely sorry for recognising that lust motivates us even more than the desire to avoid extinction. A new vision is showing me what is to come, including the strange shape of the obsidian knife which soon will plough my chest. Do not be sad, beloved Xóchitl, I need you to be my witness for according to the ungrateful gods, greater forgetfulness awaits me.

(*) This short story has been published in #149 of  Revista Digital miNatura issued devoted to Ancient Astronauts.